There is no shortage of waffles in Louisville. In fact, almost every menu in the city boasts some variation of the culinary staple; each being more extravagant in its preparation than the next. However, the new local restaurant, Butchertown Grocery, has stripped the waffle down to it’s original form, topped it with a dollop of molasses honey butter and syrup, and served it up with all the flavor, and none of the fuss. 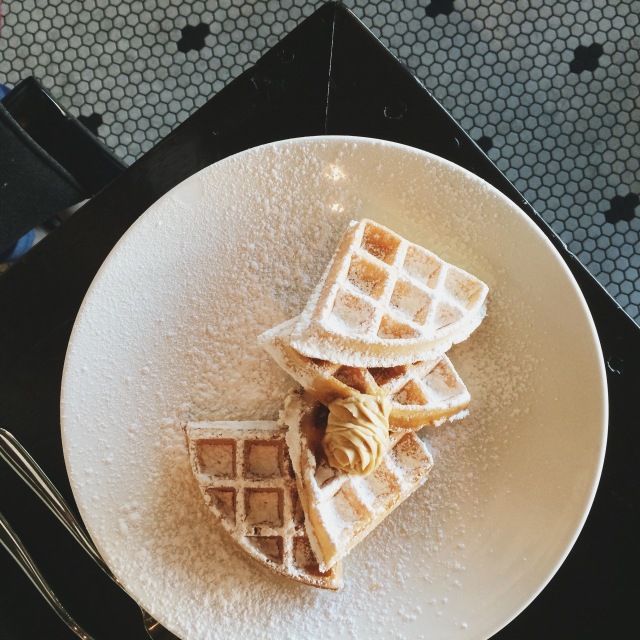 Simplicity with a touch of the farm-to-table attitude is exactly what has made Butchertown Grocery a local hot spot, even though it’s only been officially opened for less than a month. The restaurant’s ability to limit each dish it prepares to a very shortlist of ingredients, which also happen to be preservative free, has made its food much more impressive than its interesting bistro-meets-farmhouse decor. The Eggs Benedict option, a simple stack of braised greens, pork belly and Hollandaise sauce anchored by a biscuit, is just another example of this less is more mentality that Butchertown Grocery successfully embraces.

Simply put, it’s refreshing to see a local restaurant put more emphasis on getting the classics right, instead of worrying so much about the pomp and circumstance that usually comes with establishments of this caliber. You know what they say, less is more, and Butchertown Grocery is just one of those restaurants who is building a following based on this elementary notion.